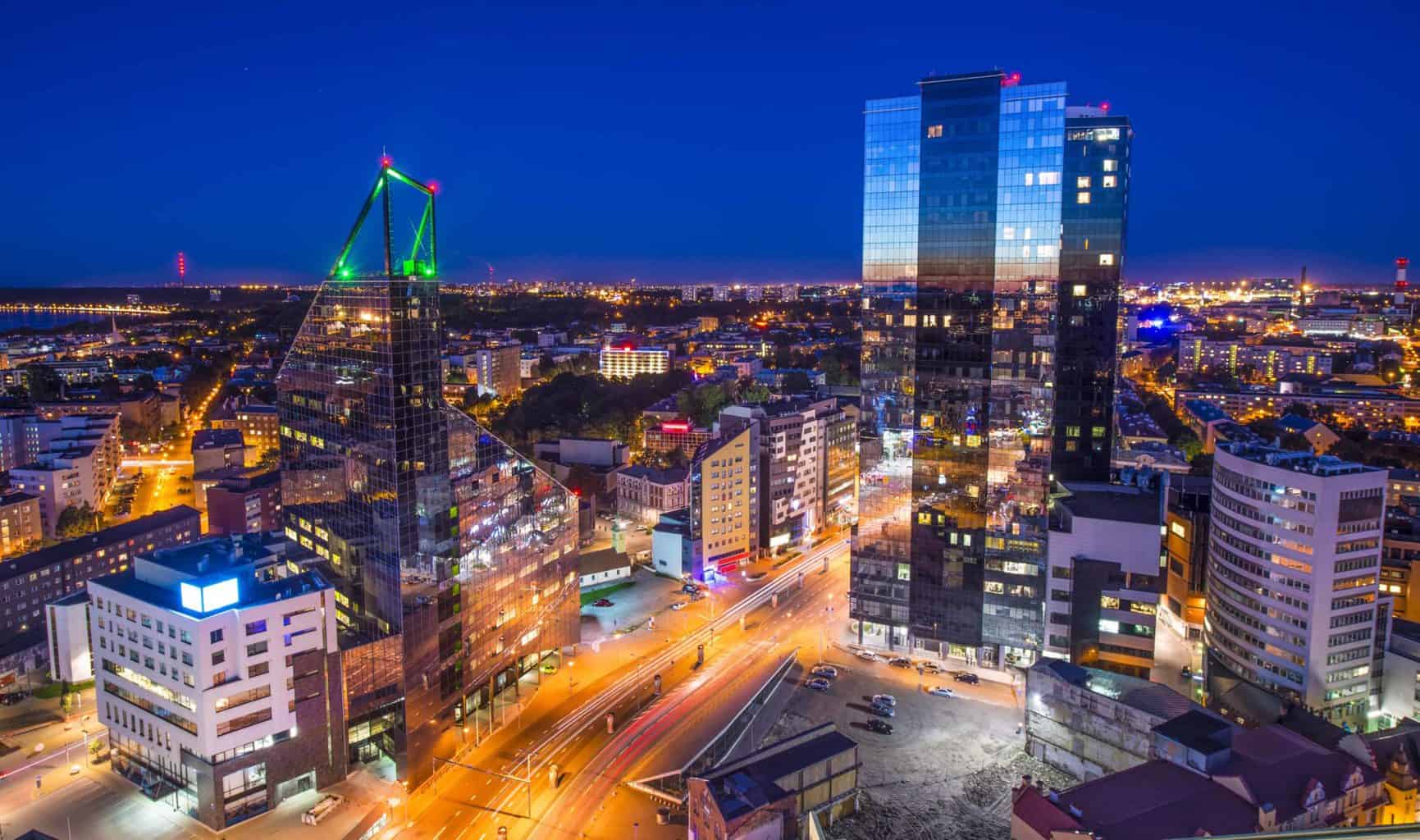 An Ultimate Guide to Estonia’s e-Residency

Estonia is renowned for being the most advanced digital society in the world for a reason. They are unmatched in their technological journey and are leaps and bounds ahead of their neighbors and other global powers.

And their latest scheme, the e-Residency program, highlights exactly why they are our international digital leaders!

This program is shaping the future of international business practices and immigration trends. Today, I’ve put together a comprehensive guide on everything you need to know about the e-Residency program. From how it got started to how you can apply and where it’s headed in the future.

A Little History, And Why e-Residency Is A Thing

Estonia is often lovingly called e-Estonia due to its advanced digital society. 99% of their state services and government initiatives are entirely online.

In fact, their government went paperless two decades ago and hasn’t looked back since. In that same span of time, their parliament managed to restructure and digitize all of its practices and procedures in an unprecedented way. Every citizen of Estonia has an ID card that streamlines all digital processes: they can vote, pay taxes, and more, entirely online.

However, just a few short years ago, Estonia was suffering!

They were losing more population than they were gaining, and those people were taking their businesses and their ideas with them. No one wanted to live there, not when their Nordic neighbors had more desirable social benefits and more opportunities on the table. Estonia had to boost their immigration numbers, and they had to do it quickly.

So, they decided to come up with a way to entice people from all over the world to become a resident of Estonia. They knew they couldn’t snag physical residents, but what about digital residents? There had to be a way to bring people’s companies and tax dollars to Estonia without the hassle of having them physically uproot to move their livelihood and families.

And Thus – The e-Residency Program Was Born

The Estonian e-Residency program was spearheaded by Kaspar Korjus and then further developed by Taavi Kotka, vice-chancellor of communications and state information systems within Estonia’s ministry of Economic Affairs and Communications.

Along with Ruth Annus and Siim Sikkut, Kotka presented the concrete proposal in 2014 at an idea contest held by the Estonian Development Foundation. The idea won and was then developed by Enterprise Estonia, a state-owned foundation, which used the prize money from this contest to fuel the development of the revolutionary program.

Kotka stated that the purpose of the e-Residency program was to increase the number (and improve the quality) of active enterprises within Estonia. The program is geared toward location-independent entrepreneurs operating from anywhere in the world. These could be software engineers, writers, web designers, investors, and so many others. The goal was to create a borderless virtual business environment and give everyone a chance to be a successful business owner, freelancer, and entrepreneur. All regardless of age, economic standing, or country of citizenship. Digital nomads in both developed and developing countries would have the same application process and the same potential for success.

The first-ever Estonian e-Resident was a British journalist who goes by the name Edward Lucas. And since its inception in 2014, the e-Residency program has received an influx of interested applicants from over 157 countries. The most common of these citizens are from Finland, Russia, Latvia, the United States, and Great Britain.

What e-Residency is NOT

Now that we’ve gone over our brief history lesson on what the program is and how it got started – it’s important to note what e-Residency is not.

Why e-Residency is a Good Idea

This is especially handy for internet entrepreneurs who don’t have access to online payment providers such as PayPal. The e-Residency program allows them to successfully build their startup and find success in Estonia’s online world. Particularly for those in countries like Ukraine or Belarus (whose governments limit their financial and entrepreneurial abilities), the e-Residency program allows for financial freedom by providing a real shot at developing their company and finding success.

This system is not only beneficial for its successful applicants, but it’s a fantastic idea for Estonia itself as well. The income from the applications alone will give a sizable boost to Estonia’s stagnant economy, especially since e-Residents must reapply every 5 years to remain an active member of the program. And must pay the state fee each time they do so. However, that’s not all!

The e-Residency program revitalized Estonia’s digital marketplace, bringing fresh new companies and professionals to Estonia’s citizens and economy. It has also been suggested that this e-Residency program can be used to develop cultural export and globally spread knowledge about the vibrant Estonian culture online.

How to Become an e-Resident

The process of becoming an e-Resident is actually pretty straightforward. Applicants have to fill out an online form, scan their national passport, provide a recent photograph, and provide their reason for applying. Keep in mind that the application form also comes with a 120 Euro fee.

Once you’re approved, you will be issued a digital ID card that can be picked up at any Police and Border Guard Station within Estonia, or any Estonian embassy if you’re abroad. However, you’ll need to go through a fingerprint verification process to validate and verify your identity. The entire process can take anywhere from 2-4 weeks, depending on how many other applications are being reviewed alongside your’s.

And if you want to make the process as simple as it could possibly be – there are services like Xolo.io that help you seamlessly navigate and complete the process.

How does it work, you ask?

Within seconds of visiting the site, a chatbot will pop-up to get you started. You’ll be asked whether or not you’re a current e-Resident. And when you select no, it will ask you to put in basic information like your name and email. And once that’s done, you can jump right in to exploring the wealth of business services they offer. From taxation to tracking invoices and even registering for e-Residency. They allow you to focus on your business while they handle all the administration and hard work. After all, being an entrepreneur is hard enough as it is! Xolo takes half your stress away so that you can focus on the things that really matter for you and your business.

The Pros and Cons of the Program

What’s Next for e-Residency?

E-Residency 2.0 is definitely going to be a sight to behold. I’m anticipating that in the near future, we’re going to see a massive explosion of e-Residency programs popping up all over the globe. After all, what’s better than an invited guest paying you handsomely and never eating your food?

On a personal note, here are my two cents – I believe that e-Residency is the future of immigration. Estonia has absolutely changed the very definition of what immigrant, immigration, and residency stand for. And they’ve managed to prove themselves as digital leaders on the world stage along the way. Since their foray into this “brave new world,” just about every global superpower has been watching the success of the e-Residency program, and many are preparing to follow in Estonia’s footsteps.

Unforgettably, the e-Residency program makes starting or opening a business in Estonia simpler and faster than practically anywhere else on Earth. Case studies show that it takes about half a day to create the business, register it as an operating entity with the Estonian government, and even open a company bank account.

Yes, that’s not a typo! It only takes half a day before you’re ready to work with clients and sell to a totally new stream of customers. E-Residency has changed the face of business as well, and it’s showing no signs of slowing down any time soon. Today, Estonia is hard at work – continuing to advance and improve this program. And I think that we’re bound to see some remarkable worldwide adoption in the form of similar programs sooner than later!

The Estonian e-Residency program is an absolute game-changer in today’s digital world. While it is still a work in progress and will continue to receive upheavals and go through changes, it’s already one of the most renowned initiatives across the globe.

When I first heard the term e-Residency, I thought, “what’s the point of that?” And after doing my due diligence and research, I honestly feel silly for ever questioning it!

Its impact on business and immigration is quite tricky to describe adequately, and the whole show still technically in its infantile stages. But, as the program evolves and matures over the next 5 or even 10 years, the face of immigration and residency will definitely change forever. Even today, e-Residency is no longer just a pilot program, or a crazy boardroom idea. It’s an official status and a highly successful national initiative. One that many countries admire and wish to replicate and iterate upon.

Estonia is passionate about giving freelancers, small business owners, and entrepreneurs in less than favorable circumstances a place to flourish and reach their untapped potential. And it’s not an overstatement to say that this program is really a blueprint model for a more open world. I’m talking about a world where anyone can work anywhere, where knowledge and business are shared among districts, countries, and continents. A world with no border to border and pocket to pocket restrictions on doing business. And one where the limits of success are defined and imposed only by the individuals themselves, rather than being forced upon them by their countries or circumstances.

But, overtop of this, E-Residency is the future of immigration. And it couldn’t mean better things for all of us. If people can apply for e-Residency all over the world, have access to every single business market, and connect with people from hundreds of different countries – it would lead to an en-masse spike in global economic prosperity, while redefining social standards and global unity.

But while we’re waiting, we should test the waters for ourselves. If you’ve stuck it out with me until the very end – you now know everything there is to know about Estonia’s e-Residency program. We’ve talked about why it exists, how to apply, and all the wonderful things it can do for your business and your future. And thankfully, the process behind becoming an e-Resident is generally simpler than getting a driver’s license practically anywhere across the globe. But if you’re just too busy, or if you want to take all of the footwork out of it – you should meet Xolo. This wonderful company does all the heavy lifting to help you put together your application, get approved, and even get your business set up and ready for new customers. Head on over to Xolo.io to get started on your e-Residency journey. See you on the other side! 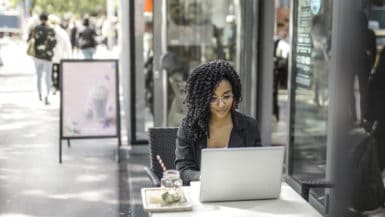 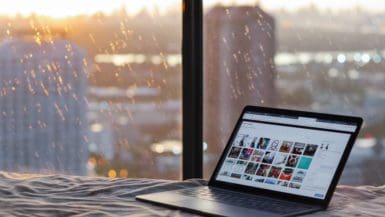 Packing Your Digital Bag: 5 Virtual Tools To Take With You Next Time You Travel