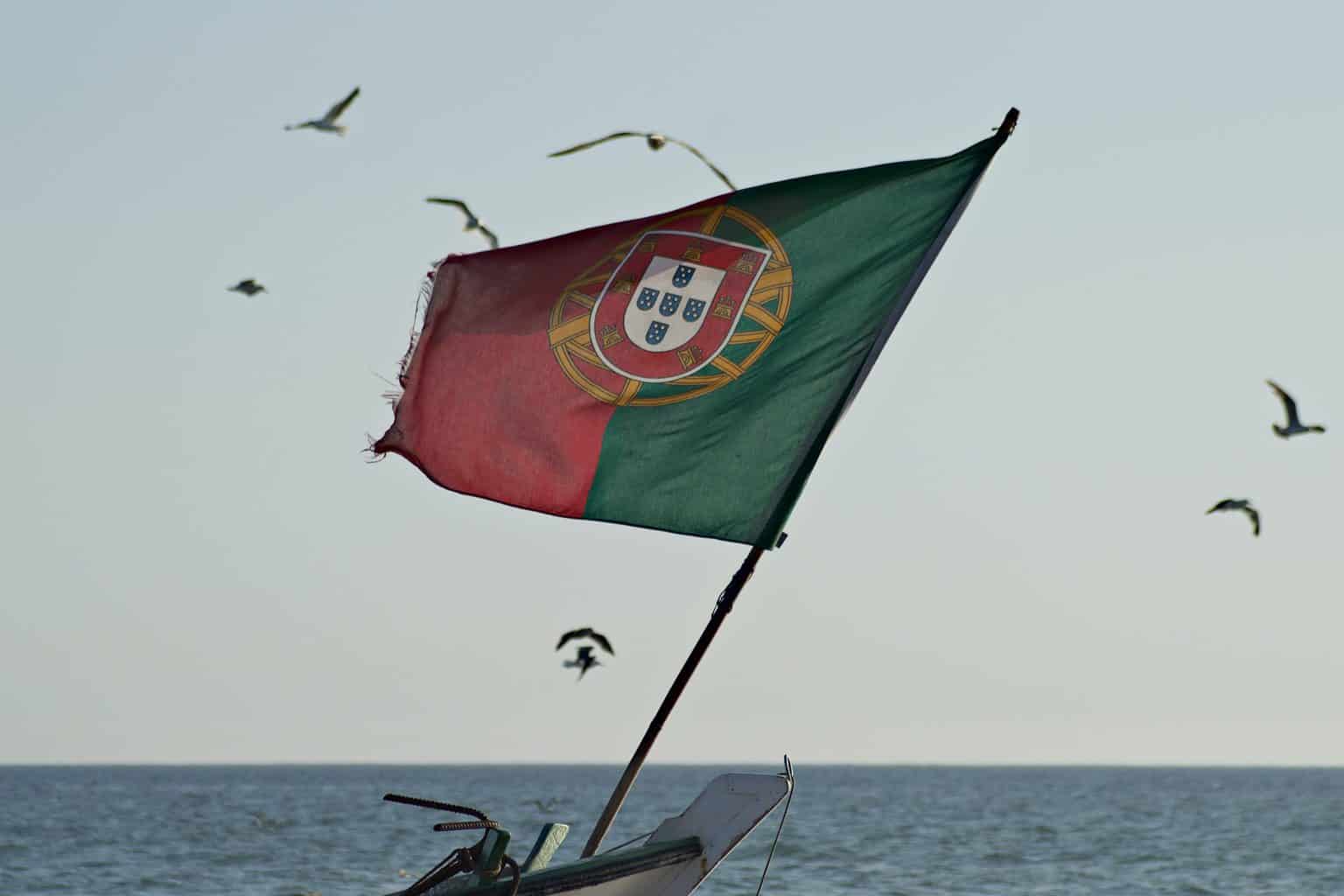 7 Things Portugal is Famous for: an Insider’s Point of View

I have the feeling Portugal is widely given the brushoff by its neighbor countries. Besides the touristy Lisbon, Portugal looks like that tiny plot where no one really knows what happens. Think about it, can you come up with any stereotypical image to assign to Portugal? Sure, maybe it’s just my italianity with all its long legacy of funny associations and stereotypes that make me weigh things strangely. But it’s time to give Portugal its long-due portrait, way beyond the famous azulejos. If you know me, you know already that this is going to be a bit unconventional – I don’t hold back, which is maybe why I don’t have that many friends. So, here’s my two cents on beautiful Portugal, with that hint of a critical spirit that no one asked for.

The Portuguese coastline stretches beyond what the eye can see. And the Atlantic wind spears no one. My attempt at swimming in the ocean resulted in a two-seconds dip and a lot of cursing. But the cold waters and strong winds are a blessing to many courageous hearts. Portugal has the best waves in the European market, and lures hundreds of surfers to its beaches every year. If you’re an amateur, I would sincerely suggest that you refrain from trying and getting an injury. Ask my brave yet unexperienced friend whose head was repeatedly banged by a twirling and twisting surfing board – granted, quite a show, but only from the dryland. Ericeira, Nazaré, and many areas in the Algarve are all the greatest spot where to get spanked by those bad waves. Or if you’re like me, to get the wind to mess your hair while you pose on the cliff like the Wanderer above the Sea of Fog.

I’ve spent a lifetime hearing people around claiming they were ready to pack up and go to Portugal as soon as they hit birthday n. 65. After nomading around Portugal and getting to an age when I’m old enough to grasp the concept of retirement (just the concept of it), I can understand why. Portugal has all the right premises to be a heaven on earth for people of a “certain age”. (I’m really trying not to offend anyone here, but the internet is a risky place). If you travel to Algarve, chances are you’ll confuse your pastel de nata for an English breakfast – thousands of Brits live there, enjoying the last decades of their lives. (This is slowly turning from mildly offensive to plain dark, my apologies). Investing in a portuguese property is quite clever if you want to experience a no-fuss lifestyle. Portugal is accommodating, with nice weather for most of the year, kind tax-schemes and low cost of living. And it’s always like experiencing an endless vacation, with tons of golf courses, relaxed locals enjoying their coffee breaks, and breathtaking sceneries.

When it comes to wine, everyone thinks of France or Italy right away. I’m an occasional drinker and I might not be the greatest expert, but Portugal is definitely in the top 3 on my list of favorite producers. You’ve probably heard of Port wine before or seen a half-abandoned bottle in your parent’s liquors cabinet. And if you travel to touristy Portugal, that’s exactly what you’ll find, a generic Port wine next to a chopping board full of cold cuts and olives. Nothing wrong with that, but you should definitely know there’s so, so many varieties of Port wine that you don’t want to miss. White, Tawny and Ruby Ports have a long list of subcategories hidden to the most. Port wine has such a gentle and sweet taste, and it’s so easy to fall in love with it and impulsively buy a couple of terrible bottles at the duty-free before taking a flight back. Besides Port wine, Portugal counts an interesting variety of alcoholic beverages – or aguardente, how they call it -, like Vinho Tinto or Vinho branco, Ginjinha or Sangra Tinta. And you absolutely need to try a glass of Ginjinha with its cute sour cherries inside.

Its favorable position always granted Portugal a solid starting base for epic adventures. Portugal is celebrated for its history of discoveries and traveling around the world, with Vasco de Gama stealing the spotlight and beating all them Guinness World Records. Indeed, their travels to India, Africa and South America represent historical marvels. But it is 2020, and claiming they discovered exotic lands would sound quite insulting to us well-informed millennials. Portugal has always been mildly condoned because of its “soft” process of colonization, and the monument of Padrão dos Descobrimentos in Belém celebrates the supposedly golden age of exploration. Yet, because of the current socio-historical context, debate on the constant whitewashing of historical narratives in Portugal much as well. We must remember that we are indeed talking about thousands of people being deported and enslaved, after all.

I ain’t gonna lie. I’m no sucker for football, and I’m going to blame the huge social pressure related to this sport that comes with being born in Italy. So I won’t be able to give a detailed presentation about Portugal love for football – just know that it’s very much there. I do know that it’s Cristiano Ronaldo’s home country, and that Portuguese are quite proud of it. So much so that the airport in Madeira has been named after the famous footballer. And I only know this because there was a huge scandal about it spreading on the internet. Back in 2017, when they officially switched the name to Cristiano Ronaldo International Airport, they unveiled this oddly looking bust of the footballer: the bronze statue looked so weird, so creepy and deformed that the whole world stopped to laugh together. And you might remember it thanks to the thousands of memes on every social media platform.

Ok, this is not original at all, got it. But you know I’m always saving some space for food in my stories. And since I’ve been a bit salty so far, I guess it’s time to sprinkle a bit of joy here. Codfish is a big deal in Portugal: there’s more codfish recipes in this country than stars in the sky. (By the way: Portugal is no country for vegans, if you ask me. Meat, fish and cream reign over anything else. Improvise, adapt, overcome?). If you want to taste it the right way, head over to one of the Portuguese tascas, their typical restaurants. The homey, humble vibes of a tasca perfectly blend with the warm, creamy taste of codfish. Any version of it will do. Then of course, you need to try the famous, rightly praised pasteis de nata. I thank the universe every day for gifting us these delicious custard tarts. Sprinkle the top with a hint of cinnamon and voilà.

Lately, more than ever, Portugal has been on the news for its controversial relationship with China. The bonds between the two have a long history dating back to the times Macau started being a Portuguese colony. We won’t get too political here, it’s a safe space don’t worry. But it’s worth mentioning that China has developed an interest in benefitting from Portugal’s economic downturn to establish its presence in the country. When the Chinese utility State Grid bought 25% holding in REN (Portugal’s national power grid), that certainly announced the strength of their collaboration to the public eye. In the last few months, many European countries have been taken some distance from China, fearing the soft power intertwined with Chinese economic interests. But Portugal has decided to ignore the haters and largely boasted the benefits of its bilateral relationship with China to the world. Portugal counts many Chinese communities scattered all over the territory, some better integrated than others – communities that recount a history of trades, slavery and settlements. I gotta admit: it is quite fascinating to spot the marriage of such different cultures while walking around this south European country. 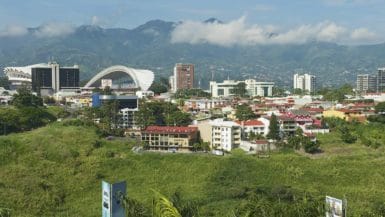 The Ultimate Guide to San Jose for Digital Nomads

How to Make a Travel Video That People Actually Watch?
7 months ago

The Ultimate Guide to Warsaw for Digital Nomads
7 months ago 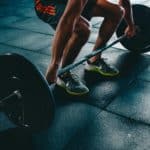